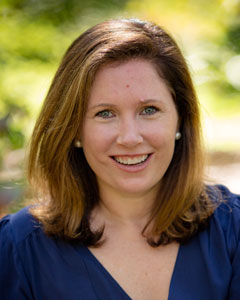 Growing up in a political household, I learned early on that government has the ability to improve all lives. My grandmother, in particular, taught me to give a voice to those who do not have one and to stand for what is right, no matter the cost. Instilled with the passion that government can be a force for good and equality, I began my professional career working for the campaign to re-elect Congressman David Price.  After the campaign, I joined Rep. Price’s staff and worked for seven years in both his Washington and Raleigh offices.

I am the recipient of a Master’s Degree in Political Science from UNC and a Master’s Degree in European Studies from the University of Gothenburg in Sweden. My graduate studies in Sweden allowed me to see first-hand how gender-neutral statewide policies have altered perceptions and interactions between the genders.

A North Carolina native, I currently live in Chapel Hill with my husband, three children and two dogs. In my free time I enjoy practicing yoga and spending time in nature with my family.